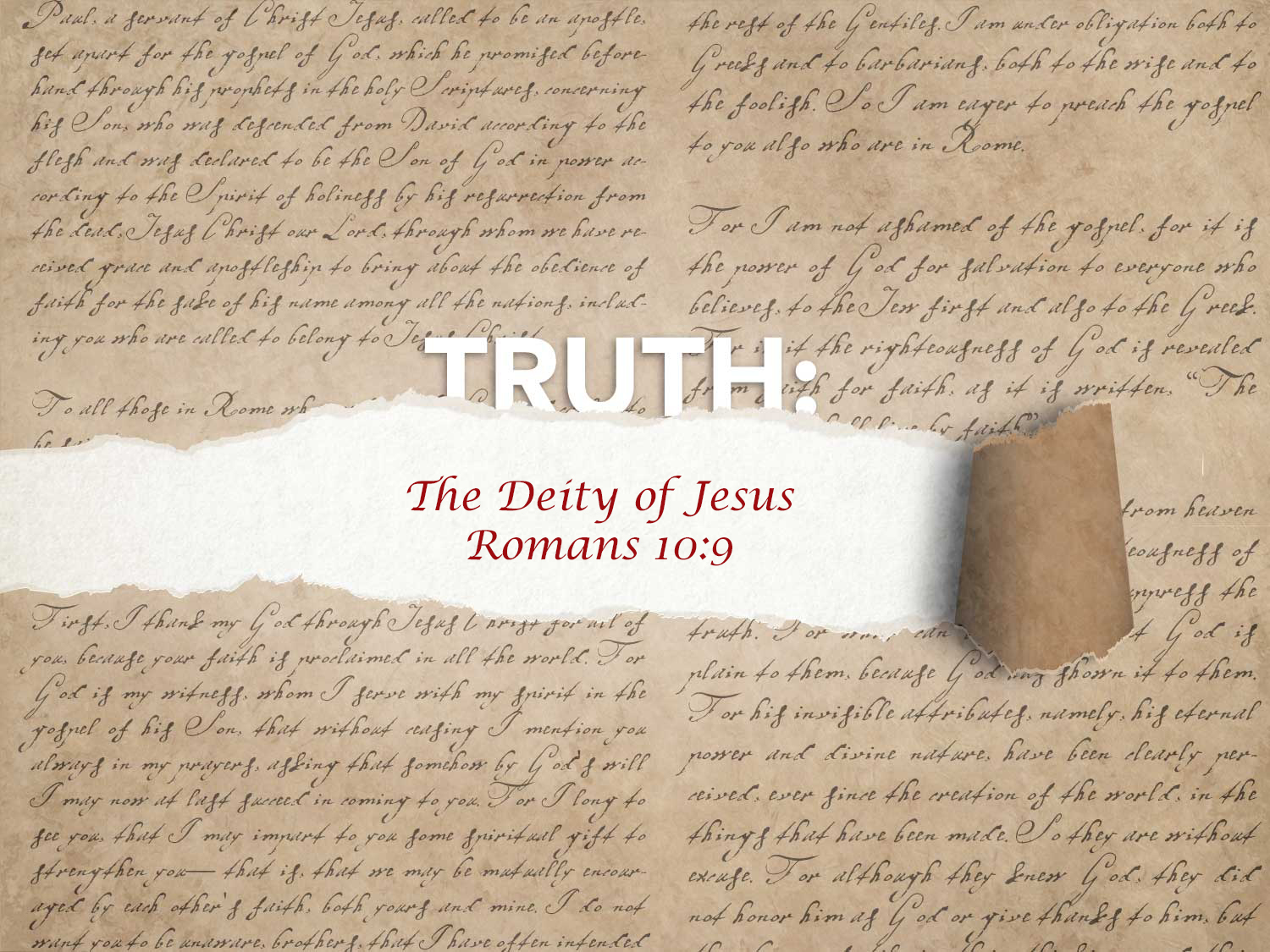 The Deity of Jesus –As we continue to look at what it means to confess Jesus is Lord , as described by Paul in Romans 10:9, Nathan Tarrant addresses the deity of Jesus by showing us from Philippians 2:6-7 that the Lord did not give up His deity when he became flesh, as the Kenosis theory describes, but rather, he took on humanity. We come to understand what it meant that ‘He emptied Himself’, which is not to give up His deity, but to lay aside His expression of deity while here on earth.

Romans 15 v 4-6 God Is Our Endurance And Encouragement

This website uses cookies to improve your experience while you navigate through the website. Out of these, the cookies that are categorized as necessary are stored on your browser as they are essential for the working of basic functionalities of the website. We also use third-party cookies that help us analyze and understand how you use this website. These cookies will be stored in your browser only with your consent. You also have the option to opt-out of these cookies. But opting out of some of these cookies may affect your browsing experience.
Necessary Always Enabled

Any cookies that may not be particularly necessary for the website to function and is used specifically to collect user personal data via analytics, ads, other embedded contents are termed as non-necessary cookies. It is mandatory to procure user consent prior to running these cookies on your website.