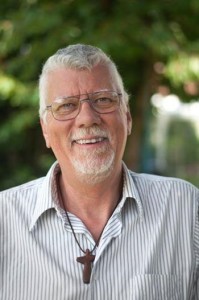 Alan Clark was raised in a Christian family with the Lord first calling him to personal repentance and faith in Him in his late teenage years. Alan spent several years training to preach and teach the Bible as a young man.

Since then Alan has stumbled through his Christian walk – making many mistakes. He followed a commercial career for much of my life until he retired early due to health problems in the year 2000. Through those years the Lord held Alan to Himself and, despite his failures and weaknesses, God has allowed Alan to serve Him, in a variety of roles including youth leader, worship leading and preaching and then following his retirement he was blessed to be able to return to college to study Biblical Counselling and work in that field for nearly ten years.

Following on from the end of the Balkan war, the Lord gave Alan a desire and the opportunity to become involved in visiting Serbia in the year 2003 and he has come to love that country and its people and continues to regularly mentor some of the young pastors he has met during his numerous visits. This has enabled him to support and encourage them and other pastors and Christian churches in the northern province of Vojvodina to this day.

Recently the Lord has drawn Alan back to the roots of his Biblical understanding and given him a zeal and passion for ensuring that the full council of God is correctly taught to His people in an age when so many churches fail to do this. As a founding member of Living Hope, Alan was asked to serve as one of the leaders and now serves as Elder/Pastor.

Alan is married to Julie and has four children and two step children – all of whom have flown the nest – and they currently have 14 grandchildren between them. 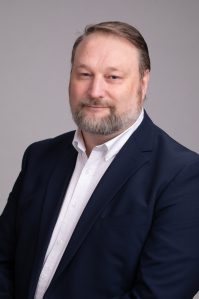 Nathan Tarrant grew up in a devoutly religious family who attended a church that taught salvation was by works and through keeping the biblical law. At the age of 17 Nathan began to seriously question this unbiblical teaching and in doing so, came to accept Jesus Christ as his saviour a few years later.

At 25 Nathan began training as an associate pastor at his Church but at the age of 28, fell away from his walk with the Lord. For for a period of years, Nathan lived what is commonly referred to as a ‘nominal’ Christian life. This is basically believing in Jesus Christ and accepting who He is, but living life on your terms. This period was a very difficult time for Nathan as he saw his personal life crumble around him. Yet despite the challenges, trials and difficulties he faced, Nathan praises God for that time as the corrective hand of God was clearly at work and it led him to repent of his ways and return fully to Christ.

Nathan is one of the founding members of Living Hope and was asked in January 2013 to become an Elder/Pastor and begin preaching. Because of growing up in a Church that taught the bible wrongly and the mistakes that he made with his Christian walk as a young adult, Nathan is passionately determined to ensure that what is preached at Living Hope is nothing short of biblical truth that not only teaches non Christians the need for salvation, but also warns believers against living a nominal life.